I, sometimes, juggle with the ideas of being very different, but yet the same with everyone else on the planet.

Contra mundum = against the world; defying or against everyone. 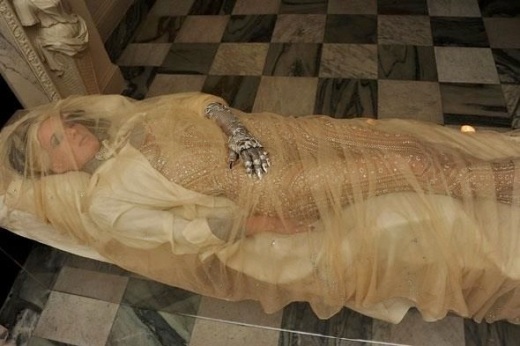 In the beautiful clip below, Daphne Guinness mentioned ‘contra mundum‘ as if putting on beautiful clothes will somewhat helping us to defy the social norm.

It’s true! When you are wearing a piece of art, it’s kinda like wearing an armor. It gives you certain kind of energy and it makes you feel separated, feel different from the rest, maybe even feel protected. This is why the we says ‘the clothes make the man‘, and it’s also the same concept with superheros and their masks.

In Kill Bill Vol. 2, Tarantino had this whole scene where he explored alter egos and the power of the costumes.

So: in this case, when we look from Tarantino’s angle, the ‘armor’ is really just a camouflage to blend in, to belong. What underneath is truly different and truly separate. It’s the part what want to defy the rest.

In a way, we already possessed the power, we’re just wearing sheep clothing to we can be sheep. And that’s fine!

Instead of throwing conniptions and/or “trying” to be a killer like Beatrix Kiddo, there are many other effective ways to defy your peers.

Now, wouldn’t you prefer her method instead? HA.

Anyway, on a lighter note, speaking of armors, check out this JPOP video from Jasmine. SUPER CUTE!!